Dyson - a revolution in hair care

For decades, hair care, and the criticism towards it, have remained largely the same - hairdryers and straighteners damage the hair, which means that beauty comes at the expense of your health. 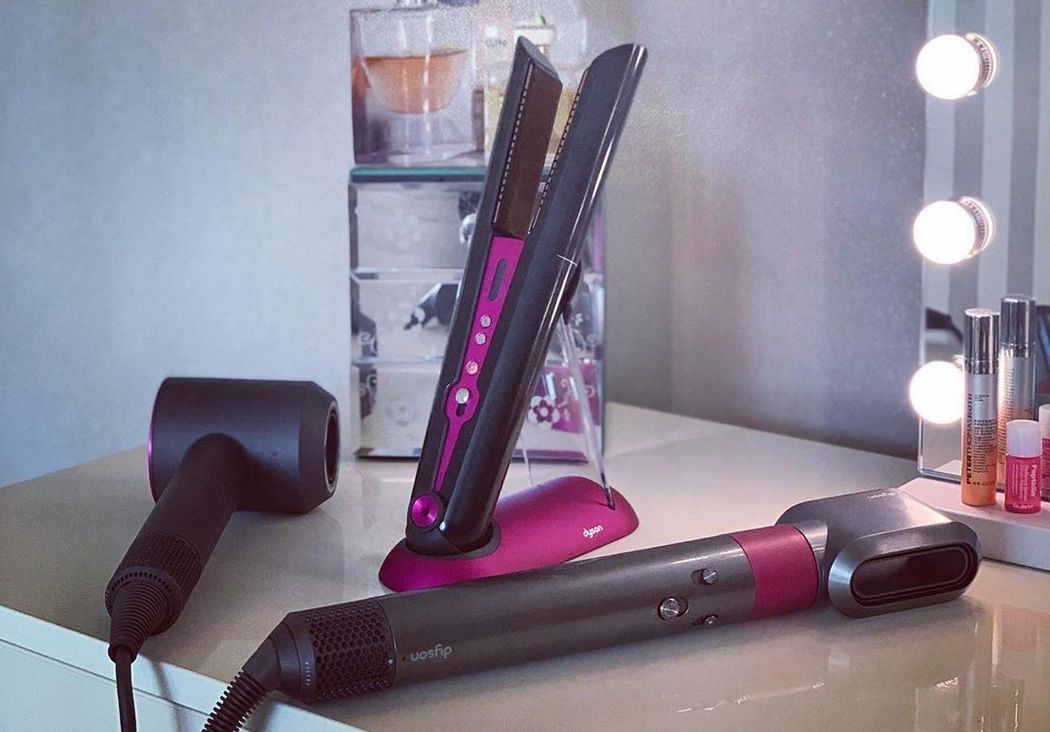 The good news is that curly or straightened hair is no longer a problem as the British company Dyson has developed several innovative hair care technologies. The Dyson Supersonic hairdryer, the Dyson Airwrap, and the Dyson Corrale hair straightener are becoming very popular both in our homes and at the salons..

How to avoid the heat?
Before starting to develop their products, the engineers at Dyson researched how these devices affect the hair. They looked at thousands of kilometres of different types of hair. It became clear how much damage extreme heat (over 150 degrees) can do to anyone´s hair, so they started thinking about how to achieve the same result in a more hair-friendly way. What was needed was some sort of technology that would not cause irreversible damage to the hair.
This is how the Dyson Supersonic hairdryer was developed. It became the icon among the company's beauty products. As an alternative to heat, the Air Multiplier technology was created, which has very fast airflow and high pressure. This allows you to use much lower temperatures - even in the hottest mode, they do not exceed 100 degrees. Low-temperature drying prevents changes in the structure of the hair, although the drying process itself is surprisingly fast.

As an unusual solution, they decided to place the motor inside the handle of the hairdryer. This changes the weight distribution of the device and your hand doesn´t get tired while holding it. The hair accessories that come with the device can be attached with the help of magnets to every angle.
"Everything else is history, and the Dyson Supersonic is the future," says German hairdresser Shan Rahimkhan.
The Supersonic device that is designed for professional use, includes several extras, including a much longer 3.3-meter cable that makes it easier to walk around the customers, and a special accessory that provides accurate and concentrated airflow. Its filter is designed for heavy loads. The filter cover is removable and washable, the set includes a cleaning brush and the net (by the way, the Dyson Supersonic filter designed for home use also needs cleaning from time to time). 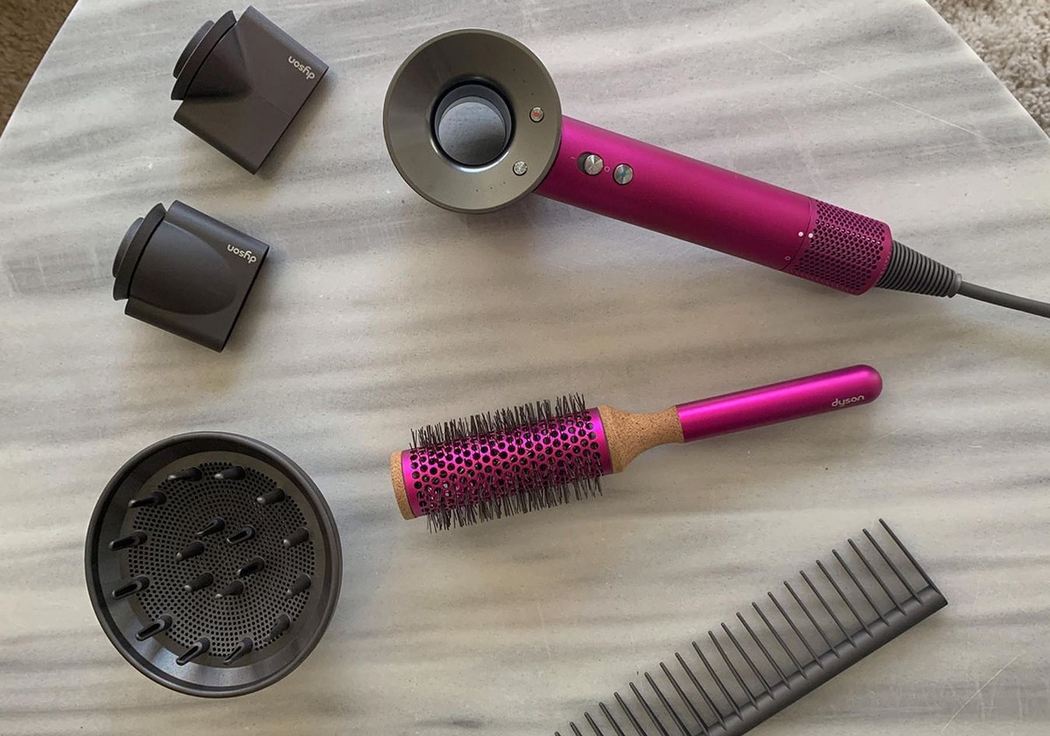 Safe hairstyle for wet hair
Following the success story of Dyson Supersonic, the company turned its attention to the curling irons and found out that the manufacturers were repeating the same mistakes, resulting in an entire era of damaged hair. As with hairdryers, the working principle of curling irons and straighteners has also been based on very high temperatures. Meaning that the heat breaks the connections between the hair molecules and creates new ones, thus, changing the shape of the hair.

Dyson set this idea aside right away. The engineers knew that the connections between the molecules were broken not only by heat but also by moisture, and that is why they decided to look at it from that point of view. The aim was to create a device that in addition to drying also curled or straightened the hair, but without using extreme heat. Again, the key was the airflow. Dyson Airwrap was born.
This device uses the so-called Coanda effect, an aerodynamic phenomenon in which hair is pulled into the device and rotated by air circulation. High pressure and fast airflow allow you to use temperatures below 150 degrees and still achieve a flawless hairstyle. Resulting in healthy and shiny hair.
Dyson Airwrap is designed to meet the standards of a hairdressing salon at home - it can be used for drying, curling, even for combing your hair ... You won´t need anything else as Airwrap accessories can handle everything. 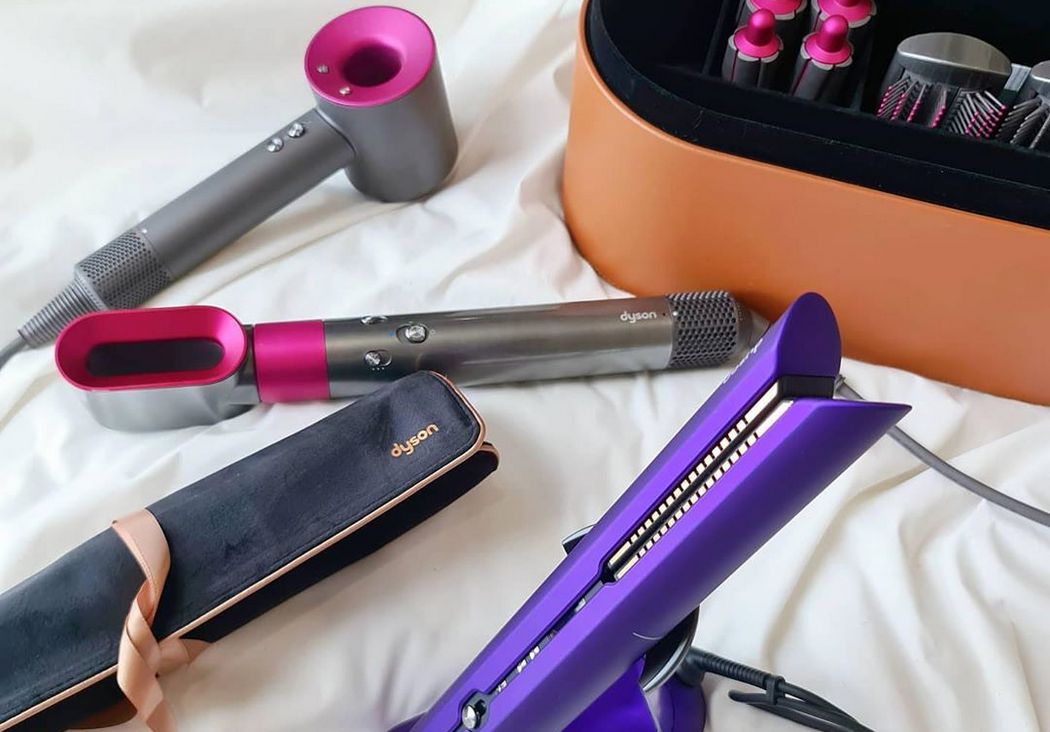 50% less damage
Dyson Airwrap was perfect for different hairdressing rituals, but the company did not slow down. By the spring of 2020, the next innovation that changed the traditions of the beauty industry was developed - the Dyson Corrale cordless hair straightener (which can be used with a cord as well). When it came to the hair straighteners, Dyson, unfortunately, had to admit that there was no alternative to heat. Therefore, the engineers aimed to reduce the time of usage and maximize efficiency at the safest possible temperatures.

To meet the challenge, Dyson's engineers studied the hair when it was tightened. They wanted to find out why the hairs in the straighteners are so unevenly arranged that the process has to be repeated several times. It turned out that one common technological mistake over the years had been the usage of rigid iron plates. Meaning that the hair was always compressed and overheated in the middle, but at the edges, the hair fell out and remained unaffected.
Luckily, Dyson Corrale's built-in flexible plates make sure that all hairs are equally tight and in place. An oval device does not damage the hair as much as rigid irons do. Also, the temperature is lower compared to the straightening irons, because the hairs in the middle cool the ones on the outside. Dyson's laboratories measured the change in hair strength after using straight/flexible plates and found out that Dyson Corrale damaged hair 50% less when compared to conventional equipment. It is therefore not surprising that Corrale quickly became very popular among professional beauty salons.

Informed choices
All three of Dyson's new products have won awards for both design and technological innovation, proving that they deserve global recognition and attention.
Dyson is convinced that it is not just beauty that is important in introducing innovation, but also the awareness about the impact the technology has on the body. They are raising awareness by sharing their scientific discoveries and the adventures they are having in their laboratories.

With the new Call & Collect service, you can order products over the phone and pick them up immediately. You can pay for the goods in the Drive-In area of any Euronics store.

TV that brings cinema to your home

Manufacturers are constantly looking for new ways to improve the picture quality of TVs and offer exciting new solutions. 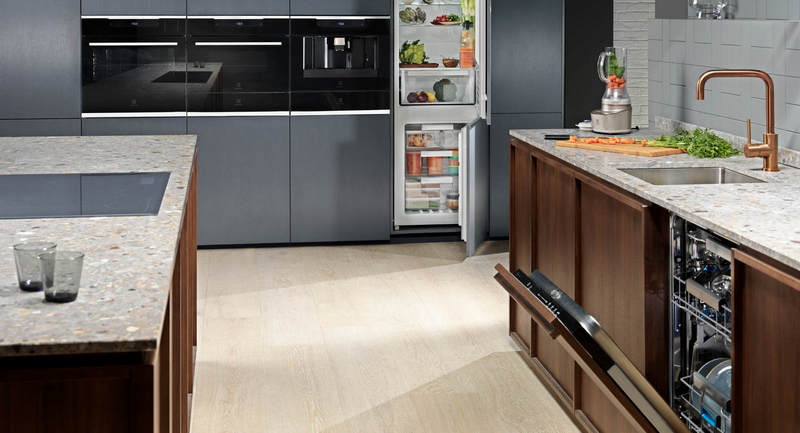 Achieving ideal results in the kitchen is directly related to how well the cook knows his stove or oven and how comfortably the appliance can respond to the chef's wishes.