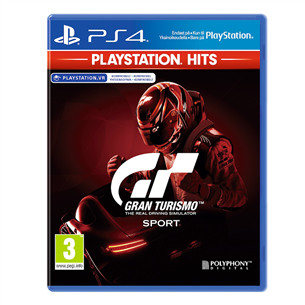 Major innovations in store for Gran Turismo Sport, the likes of which have not been seen since the original

In 1997, Gran Turismo (GT) introduced to the world the ability to realistically recreate automobiles in 3DCG and allow gamers to virtually experience them on their home consoles. Since then, the GT series has recorded a total of 76.74 million copies, breaking records and winning awards on the way. In November, the makers of GT will take the title to the next level with the release of Gran Turismo Sport for the PlayStation®4 console, where it will promote the rebirth of motorsports with its partnership with the Fédération Internationale de l’Automobile (FIA).